Mount Everest is the highest peak on earth. It attracts more than 50,000 people in a year to trek through the treacherous trail to reach its base camp. But, there’s more to the trekking than just seeing the Everest. The Sherpa inhabitants of the region, their native culture, rich biodiversity and the sight of humongous mountains are few treats of the trekking.

With the commercialization of Mount Everest, the trekking began in late 80s. Since then, millions of tourists have visited the Khumbu (Everest) region; few of them comprising of climbers. Today, the Everest Base Camp along attracts more than 50,000 tourists in a year.

Over 5,000 people have summited the Everest. With availability of better logistics and assistance, more climbers tend to join the expedition every year bringing the total summits over 300 per year.

Khumbu is mostly accessible through a short flight from Kathmandu to Lukla. Those who wish to map it on foot can arrive through Jiri village. It may well take over 9-10 days to trekking to reach the base camp. However, there aren’t any lodges available in the base camp, hence, you must stay at Gorakshep or Lobuche before approaching it.

Kala Patthar at 5,643 meters is located just above the base  camp. It’s a small hill or the monument where the trekkers can spend time enjoying the up-close glimpse of the Mount Everest. (Note: Everest isn’t visible from the base camp. The towering Lhotse peak blocks the entire view)

Namche Bazaar, Gokyo lakes and Tengboche are another major attractions in the region. Namche and Tengboche are accessible through the usual trail, however, you must take an entirely different route to reach the Gokyo lakes. Gokyo is a discreet village located at the western section of Khumbu.

The trek is generally strenuous and may require walking over 5 hours a day. It begins at Lukla. The trail aslowly ascends towards Namche Bazaar through Phakding. Namche is the most populated Sherpa town and is known for its luxury lodges, markets and ethnic lifestyle. Hiking around the place or staying a day more is recommended.

The trek ascends further towards Tengboche. Tengboche boasts the highest monastery on Earth. The monastery is over 100 years old and the popular Mani Rimdu festival is held every year to commemorate its legacy. Few other Sherpa villages, you’ll come across are Dingboche, Lobuche and Gorakshep before heading towards the Everest Base Camp.

You can hike to the base camp from Lobuche in few hours and come back to Gorakshep to stay overnight. The next day, you an make an early hike to Kala Patthar and start descending the usual way afterwards.

Anyone from the age 8 to 59 can do this trek, with sound health and proper assistance. Acclimatization is essential to get used to the local environment and altitude.

Messner and Habeler on Everest 1978 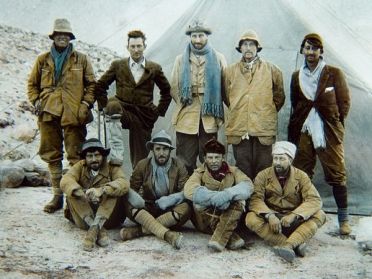 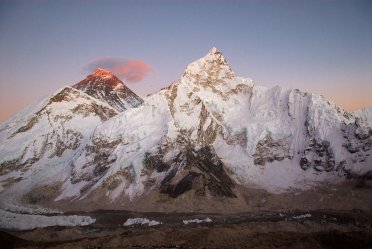 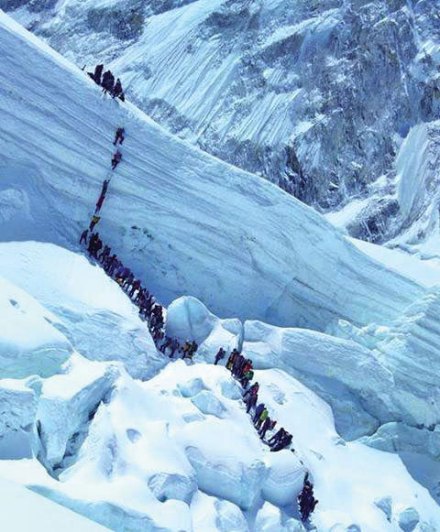 Climbers ascending from Camp I 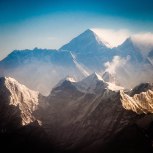 A trekker posing at Everest base camp memorial site 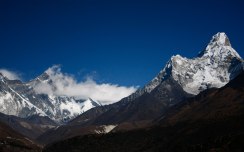 Ama Dablam on the right, with Everest on the background