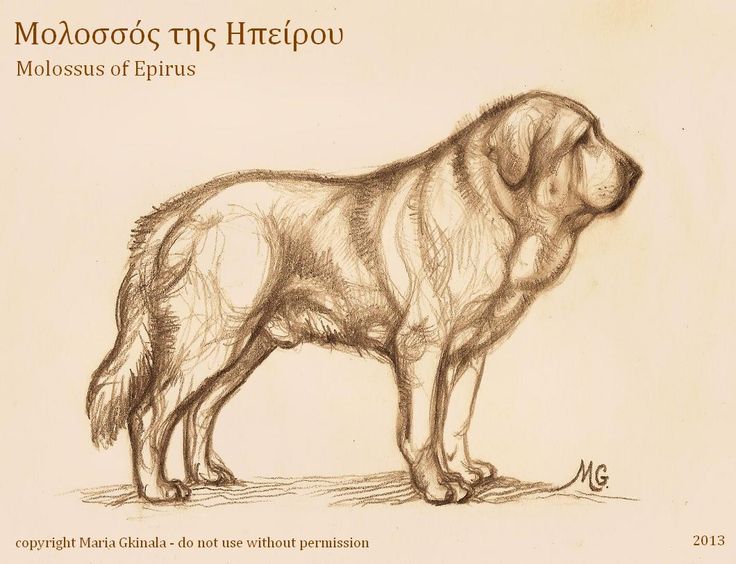 Caucasian Ovcharka is the popular large breed dog found mostly in Central Asian nations. They are mostly bred to herd the cattle. Today, they are well adopted by families as the pet dog. Its ginormous size is matched only by the Tibetan Mastiff from South Asia.

Caucasian Ovcharka, also known as Bashkan, Russian Bear Dog or Caucasian Shepherd dog, is a huge and strongly built canine. It’s  native to the Caucasus region of Central Asia and Europe. Historically, they were bred as the Shepherd dog, and were also used for other various purposes. They have an extremely strong guardian instinct and will exhibit a threatening behavior towards all strangers.

Even though, they are fun loving and calm animals, it’s suggested not to adopt the Shepard dog in a household with young children or by the novice pet-owners.

They can be trained at a very early age. An early socialization is also required to make them understand that not every human is an enemy. Due to its fierce guardianship, protectiveness and ability to take down a danger, most people fear coming around them.

They are mostly found in the Caucasus region of Central Asia and Europe, like; Armenia, Azerbaijan, Georgia, and some are also found in Russia and other European nations. An average canine can survive 10-12 years in domestic surrounding. They are known to very outdoor and agile animals. A regular exercise and diet is a must. 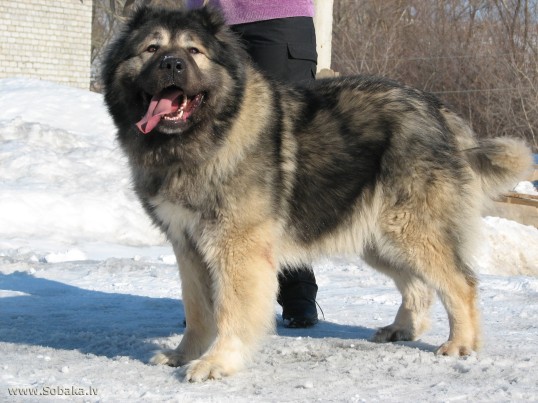 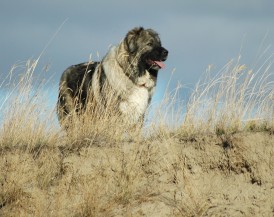 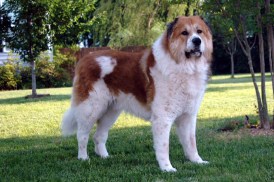 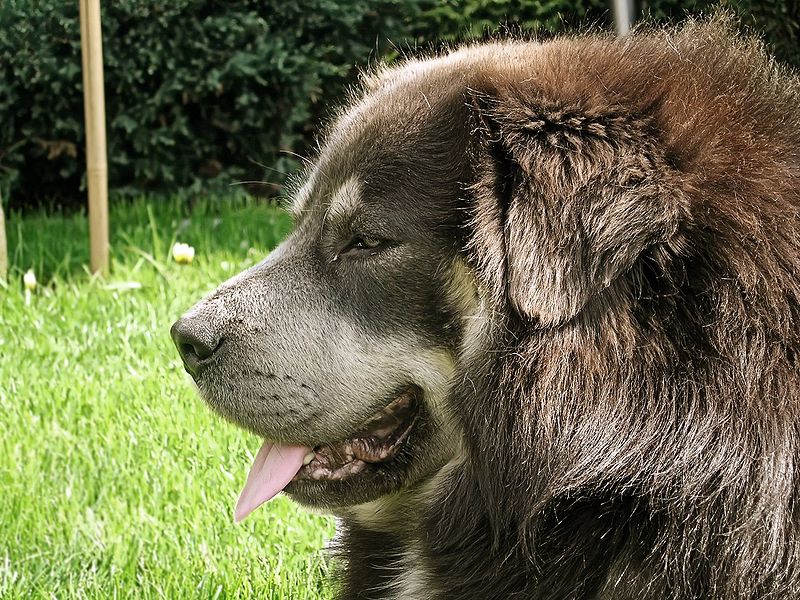 Tibetan Mastiff is a large breed of dog found in and around Tibetan plateau. A canine selectively bred for high-altitude region is today a pride of many South Asian households. It’s gigantic size and aggression can sometime prove to be overwhelming to the foreigners, and it may require a lot of taming.

Tibetan Mastiff or the Tibetan Dog is known to have diverged from the gray wolf some 58,000 years ago. The first migrants to Tibet, 5,000 years ago, brought the primitive mastiffs and interbred them with Tibetan Grey Wolf, which gave them their special ability to withstand high altitude.

In Tibet, they are called Do Khyi, and in Nepal, they are popularly known as Bhote Kukur (Bhote = Mongol, Kukur = Dog).

The term Tibetan mastiff is a misnomer. It was introduced by the Europeans who first came to Tibet or learned about the canine. Mastiff is a common name used for large breed of dogs in Europe. Most experts tend to call it Tibetan Mountain Dog.

Through years of selective breeding and domestication, they are known to have become the reliable house pet.

They are mostly found in and around the Tibetan plateau, mainly; China, Mongolia, Nepal and India. A large breed dog often requires larger territory, therefore, they aren’t suited for cities or apartments. Villagers in the Himalayan region mainly keep Tibetan Mastiff to herd the sheep and other flocks, and to protect the home during the night.

An adult Tibetan Mastiff can reach heights up to 83 cm (33 inches). Dogs bred in the West weigh between 45–72 kg (100-160 pounds). They can live up to 10-14 years. Because of their strong built body and aggression, they can fight off a larger predator, like, mountain lions, tigers, wolves and bears. 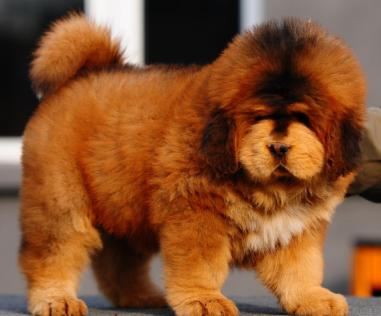 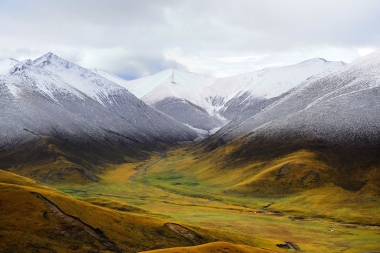 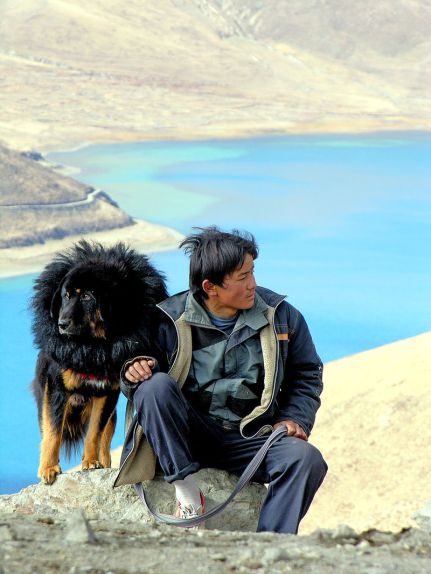 A tibetan with his guarding dog 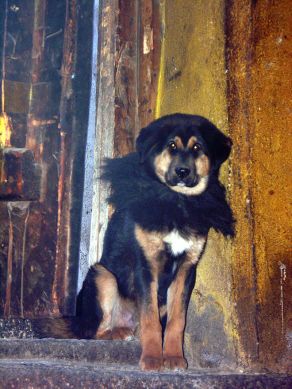 The Tibetan Mastiff is a primitive GUARDIAN breed.

The powerful Tibetan Mastiff is a naturally protective and territorial dog. This means he will guard your property (house, yard, car, other pets, etc.) and your person.

It is a highly INDEPENDENT and INTELLIGENT breed.

The Tibetan Mastiff exhibits an extremely independent, stubborn nature and a wondrous depth of intelligence and character. It does not tend to show any of the attributes of the more obedient/trainable breeds that can be taught to perform simple or complex routines. Leash training is a must.

It requires an INTERACTIVE RELATIONSHIP with its owner.

Committed and interactive owners are required to teach boundaries and guide a dog through the steps of basic dog manners. The Tibetan Mastiff is considered to be a challenging breed to care for.

Because of its guarding tendencies are instinctual the Tibetan Mastiff needs a great deal of socialization. He needs to be introduced to many people, places and different situations right from early puppy-hood .

It requires a FENCED YARD.

This is a guardian breed and it is neither wise nor responsible to allow a guardian breed to be loose on your property, be it a surrounding open yard or acreage. Not only do these dogs have a strong tendency to roam but they are also very protective of their home, yard and family.

It can be DESTRUCTIVE, an ESCAPE ARTIST and a nuisance BARKER.

Destructive behavior due to boredom or anxiety is not uncommon for the Tibetan Mastiff. Solid and secure containment areas are a must with this breed. When left outside overnight, nocturnal barking as well as barking in general are common complaints.

It is a SLOW-MATURING breed.

Although the Tibetan Mastiff is a large-to-giant breed, it has a relatively long lifespan. Ten to fourteen years is typical. The breed is very slow to mature. While it is usually agreed upon that females mature quicker than males, both genders can take up to 4-7 years to fully mature to their physical potential.

It is affected by the changing of the SEASONS.

The Tibetan Mastiff normally sheds its thick undercoat only once in the springtime and female mastiffs typically reproduce only once a year.

It loves a COLD climate.

The Tibetan Mastiff does not typically do well in extremely hot and humid conditions. This does not mean that he cannot live in warmer climates but it does mean that he should be provided access to air-conditioned facilities during the summer.

It is generally tolerant of CHILDREN and OTHER PETS.

The Tibetan Mastiff does best with adult-supervised children who have been taught to be respectful and who show consideration for the dog’s space. Extra care should be shown for visiting children as children’s play may seem threatening or alarming.

It can be SAME-SEX AGGRESSIVE.

If you currently own a dog and are considering adding a Tibetan Mastiff as a second dog, it is best to consider getting a puppy or dog of the opposite gender. Same-sex aggression is often a reality when two males or females vie for dominance. Neutering/spaying does not guarantee that same-sex adult dogs will live in harmony with each other.